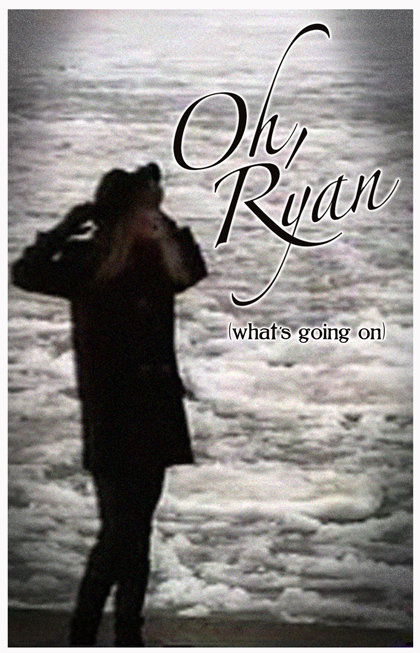 This is one that is more than a little tough to talk about for several reasons. But I also think it is important to talk about, how what happened during this project influenced a lot of what came later, the way I approached projects that did come, and telling the story may answer some questions about why my string of films I had done so regularly suddenly ground to a halt (this was the third of four unfinished projects in a row).

In the early 90’s, a friend asked me if I would want to be involved in an evening of programming that would highlight AIDS related shorts. It sounded like a great thing to be involved in… I would create a short film, and the guys said they had an editing facility that I could use for putting it together. It was something that resonated with me for obvious reasons... as a young gay man who came of age during the height of the AIDS epidemic, it was something always on my mind. I had resigned myself to the fact that this was most likely my own fate, to be taken at a young age by this disease running rampant through my peers. I didn’t know the best way to help, and this seemed like something good I could contribute.

I approached my friend Kari (aka Carrie D’Waay) about using a song that she and her writing/recording partner Andy had done that was inspired by the AIDS crisis. I suggested creating a music video for the song. She liked the idea, and they agreed to let me use the song.

I asked many favors, gathered friends to help, and everyone worked to make the vision come to fruition. My initial hope was to film some scenes at the Copernicus Center/Gateway Theatre, which is a historic theater I had gone to as a kid to see movies. Unfortunately, cost and schedule wise it just didn’t work out. Through the hard work of my longtime friend Yvette, we secured the Tivoli Theatre in Downer’s Grove, a beautiful movie palace, to shoot some scenes. It was a working movie theater, so we had to do everything and be out well before their first scheduled show of the day. They let me have it free of cost, provided that I get production insurance for the day. I did… it ended up being the majority of what the project would cost, several hundred dollars for six hours. Our crew arrived at 6am on a Saturday and were given the full run of the building. Friends brought their kids and their kids friends to be featured… Pam Kelly (aka Karen Terrier) shot video alongside of my super-8 filming as a safety to make sure we got everything. Kari filmed some scenes on the stage in from of the big curtain; we shot backstage with newspaper clippings filling a giant brick wall. It was really cool and fun. With the help of many hands, we got in, set up, filmed and broke down everything in our allotted six hours. It was my first taste of real production. It was thrilling.

Afterward it all slowly began to fall apart. I got the film back from processing; it looked decent, and Pam’s additional video footage at times captured the scenes even better. I got the film professionally transferred, and was ready to head into video editing. Then the guys who were putting the evening of programming together, the ones who owned the video editing facility, informed me that I could use their editing equipment… at the going customer rate. I had never edited on video, and knew that there would be at least a learning curve, which was going to add up pretty quickly. If I recall, the rate they quoted was $45 an hour. Maybe that was good… but since I wasn’t counting on it, and had already spent hundreds on the film, processing and transferring, hundreds on insurance, had fed the cast and crew who volunteered… it just stopped making financial sense. I was doing this as a donation thing, but I had my limits as it was all coming out of my own pocket (and contrary to any opinion, I was not making that much money at the time). I felt hoodwinked and helpless. So I pulled the plug on the project.

Because of the amount of effort by so many people, I had some relationships that took a long time to recover, and some were never quite the same. A lot of people in my little film group were pissed at me. In retrospect, I have to stand by my decision, no matter how unpopular it was with my friends. I really didn’t feel comfortable throwing an unknown amount of money at the project. I had another film project I was working on getting started that I would rather put the money toward, and this little venture already had me out of pocket for as much money as my feature films cost. It is still something I feel very conflicted about to this day. I won’t necessarily call this a regret, I will just say it was a learning experience. I learned: make sure you have your shit together, your ducks in a row, and ask all the questions ahead of time (especially the uncomfortable money ones) so you don’t waste your valuable resources or people’s time.

Click on thumbnails below to see images from the unfinished project

Kari in the backstage area, with the wall of newspaper clippings behind her

I love this pensive moment with Kari

Somewhere I have a fantastic photo of this shot... hopefully I will find it someday. Such great textures

A striking scene with Kari backstage

We got some great footage that day

Yvette and I onstage discussing the next scene we were going to film.

Kari onstage at the Tivoli.

A tender moment with Kari and Scotty.

Some of the kids who volunteered to help us out

Blindfolds on for a shot of all the kids in the audience to symbolize parents trying to hide the truth from their children.

I had forgotten how many kids helped us out that day

Under the stage lighting

The beautiful proscenium at the incredible Tivoli Theatre

Kari onstage at the Tivoli

Kari was a trooper through all the different setups we did in one day. And she looked good doing it.

We tried to make use of as many of the cool locations inside the theatre as our limited time would allow.

Me, on location in a cemetery. I know, the beard.

The cemetery we shot at (I think it was Rosehill) was perfectly picturesque on that cold afternoon.

Kari in a dreary cold cemetery

Kari on a freezing day at the Chicago lakefront

We shot a couple of scenes at the ruins of the old Chicago Coliseum on the south side before it was demolished.

The incredible ruins of the old Chicago Coliseum on the south side before it was demolished.

What was left of the old Chicago Coliseum on the south side. It stood as glorious ruins for years.

A shot of me rehearsing with the mylar we were using for in camera effects, which perfectly sums up the entire experience.