Linda Larson is... SURPRISE! my sister. Although we are separated in age by the better part of a decade, in our twenties we were often asked if we were twins. Probably with good reason - we were both terribly thin, close to the same height, and we both had dark brown permed hair. And maybe we looked a little bit similar.

Since Linda was the person who acted out stories with me in our childhood, whether it be with Barbies or singing along with rock musicals of the day, it made perfect sense that when I started making films Linda would be one of the first people I asked to join in the fun. And I must say, to her credit, she has been game for almost everything. Linda was also the one who introduced me to the world of thrift stores, which became an integral part of creating the worlds in my pictures. She was the one who took a mousy, extremely shy teenage boy under her wing and exposed him to the wonders of the big city. Ok, Linda was also the one who took me to see John Waters’ Female Trouble when I was an impressionable 14-year-old. I cannot claim it didn't shape my cinematic path. So, she had better be on board for the kooky adventures she helped inspire!

I usually cast Linda as a haughty better-than-you society lady; she learned the language and mannerisms over many years in retail. She has played a bible-thumping alcoholic, a ditzy hooker, a sugar-crazed chocoholic, a gun-happy psychiatrist and Cher. But it's arguably her multiple turns as Joan Crawford-ish mega-bitches that are her most memorable. She played the flame-haired Miss Crisp as a cruel boss in LOST and was supposed to play a Joan-like woman with a secret in the never-produced A LADY'S HAND But her role of the nameless woman terrorized by an evil nutcracker in 1990’s short film NUT CRACKER probably stands out as her best and favorite performance. It was so influential that when the 25th anniversary of the film approached in 2015, we got together and created a sequel, NUT CRACKER N25: TWENTY-FIVE YEARS LATER. Arguably the best film we have done together. And no, I still haven’t learned not to create the longest titles in the world.

Not content to be merely an underground movie star, Linda has always been an incredible artist. She has a degree from Columbia College and has published the first in her series of fully illustrated books of LGBT history, WRITTEN IN STONE (with two more set to be published in the near future). Her main medium is paint. She is equally adept at oil paint, water colors and acrylic, all of which she has utilized to bring the subjects in her artwork to blazing life.

Whether onscreen, on a canvas or in written form, Linda is a compelling artist. I’m proud to have seen her work grow and flourish throughout the years; I am honored to have her as my family. 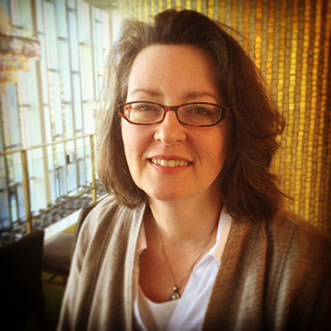 THE DERANGED DAUGHTER OF DAPHNE

DICKENSEN AND THE LEFTOVERS FROM HELL

Linda as Cher in THE ROSEMARY HALL SHOW

Linda as Ms. Crisp in LOST (with Gabrielle Sanalitro)

Linda as Ms. Crisp in LOST (with brother Erik)

Linda studies her lines as Ms. Crisp in LOST

Linda as Myrna Beavers in METER GIRLS (with Tony Pinizzotto)

Linda as Myrna Beavers in METER GIRLS (with Tony Pinizzotto)

Linda as the disco-loving mom in the never-finished SUGAR

Linda as the disco-loving mom in the never-finished SUGAR

Linda as The Woman in NUT CRACKER N25

Linda as The Woman in NUT CRACKER N25 (with Uncle Alice)